Twenty years ago, solar panels were a rarely seen novelty item. Fast forward to today, and they’ve become a fixture of the American landscape, with more and more rooftop systems popping up every day. But that explosive growth didn’t occur in a vacuum. It was driven by an equally rapid series of technological advancements that revolutionized solar panel efficiency.

As the amount of electricity each panel could produce steadily rose, more and more homeowners suddenly discovered they could significantly lower their overall energy costs by ditching their utility company in favor of producing their own clean and renewable solar power instead.

As fantastic as all this has been, one upshot is that—whether you’re in the industry or just happen to have an interest in alternative energy sources—keeping up on the latest developments in the rapidly advancing field of solar power has turned out to be a full-time job.

In a previous post, we discussed how a technology known as PERC went from being an obscure theoretical concept to the industry standard in the space of just a couple of years.

Today we’ll cover another less technical but equally huge change in the way solar panels are constructed that appears to be on the horizon.

Each solar panel is composed of a bunch of individual solar cells wired together in series. The industry standard 60-cell panels used in residential installations, for example, have ten rows, each containing six cells.  Whereas the 72-cell panels that turn out to be more suitable for large-scale solar projects have an additional two rows, bringing the total to twelve rows of six. 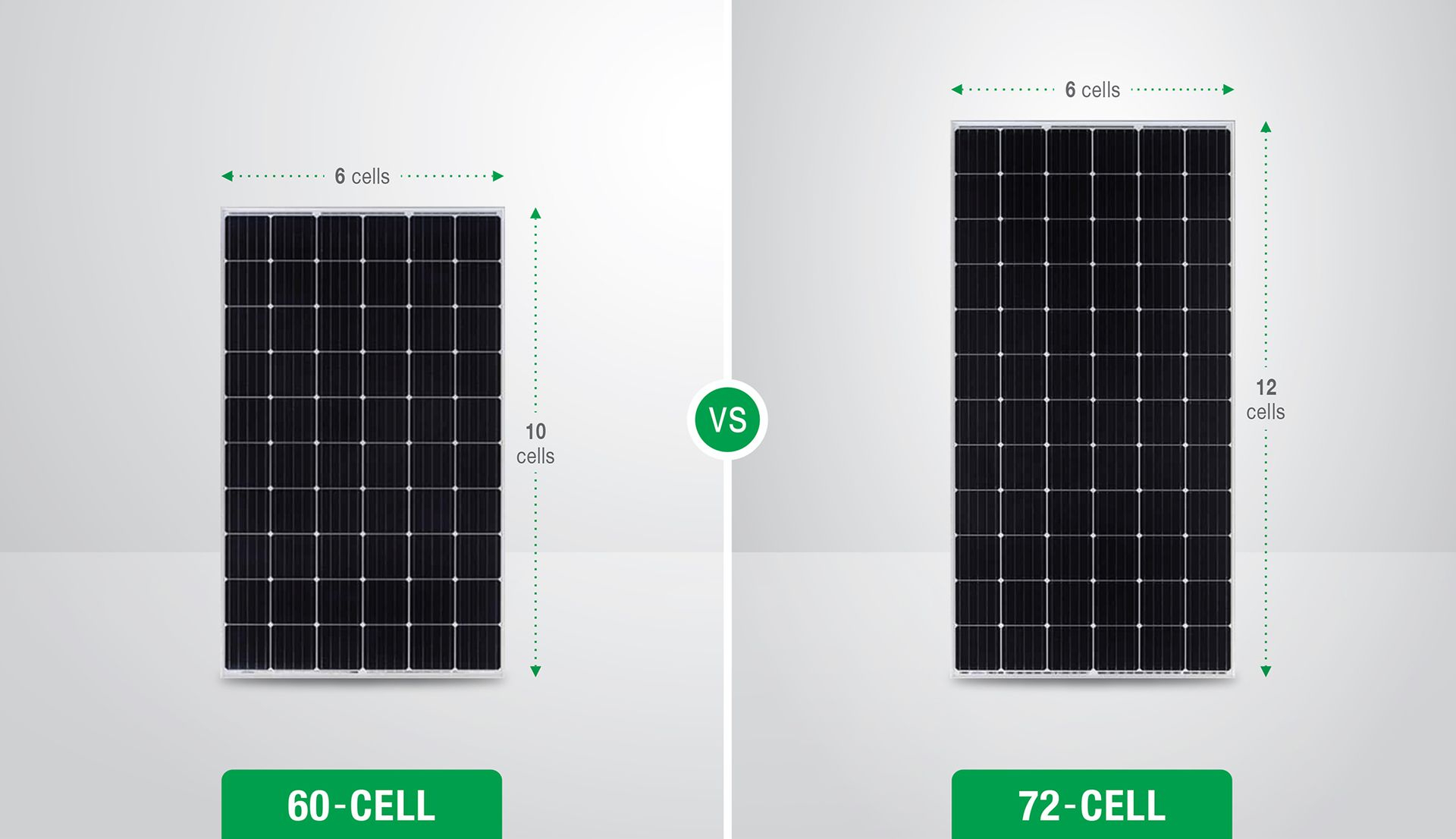 However, while the number of cells in both residential and large-scale solar panels has remained the same, the standard size of each cell is undergoing a change.

For a longtime, the most common type of solar cell used was the M2 cell. The industry standard for M2 cells was created in 2013, specifying their dimensions as 156.75mm x 156.75mm.

But in the last couple of years, a new solar cell called the M6 has started to dominate the market. M6 cells measure 166mm x 166mm, making their sides around 1/3 of an inch longer than M2 cells and giving them a little over 12% more surface area.

That extra surface area means that M6 cells can generate around 8% more energy than M2 cells. 8% might not seem like a lot, but the additional size is small enough that manufacturing costs turn out to be almost the same.

Moreover, because M6 cells produce more energy, fewer are needed to meet the energy demands of any given home. And that translates into other savings in the form of fewer base pilings, support racks, and electric parts, such as inverters, junction boxes and cables. The result is an even lower cost of electricity and an even higher return on investment.

Apart from manufacturing costs being nearly the same, in a standard 60-cell residential panel, the additional third of an inch on each side of an M6 cell only translates into roughly 3.6 extra inches of length and 2.2 more inches of width.

Hauling panels up to a roof that may be several stories up is a lot of work. And those extra few inches aren’t by any means nothing. But the increased size of M6 panels is small enough not to make them unmanageable for smaller-scale residential projects, where panels have to be placed manually because it’s simply not cost effective to bring in heavy machinery to do the work.

And, importantly, the increased size of M6 panels is also small enough not to create shipping headaches.

For all those reasons one of the world’s biggest manufacturers of solar panels, the Chinese firm Longi, wound up increasing their production of M6 panels to 50% of their total output in 2020.

And industry experts predict that the total market penetration of M6 cells will exceed 70% by the end of this year. The upshot is that M6 cells appear to provide the perfect balance of extra energy-bang for the buck and minimally increased installation costs to position them as the new industry standard.

That is, until the next big innovation in solar energy production comes along, at any rate.